About Arvin
​​
Show Highlights:
​
Arvin commenced his show career in NSW with his owner Caroline Mainey. Arvin has titled with class in group wins and several BIG runs for group and at 12 months old took his first R/Up in Group. He titled easily winning class in group awards. Arvin has gone on to win multi BIG, and class in Show awards.He sired hie first litter with his son reaching Australian Champion easily.


Arvin has now wont BIG and Intermediate in show. Both the Sydney Royal and the Brisbane EKKA. in 2019.

​Arvin, now a matured young man, has produced his first progeny who is winning well as a minor puppy, and we expect big things from him to follow in his fathers big footsteps.
​

​Arvin is available at stud to approved available bitches.​

​Arvin is at the high end of the breed standard in height with great body and show ring presence. He just loves to show!

​Arvin is a strong well built young dog out of our lovely un-shown girl Mindy who came back to us for a litter kindly allowed by her owner Sonia and family. Sonia has Arvin,s brother Benji at home whom we will collect semen from at some point in the future.

Arvin is a lovely blend of both of his parents. She is a solid but elegant male with great showmanship. A nice neck flowing perfectly onto a very lovely top line. Beautiful angulation and front. His movement is balanced, sound and free flowing. His personality is very loving and affectionate and guards his home well. Arvin loves to be inside on the couch or with Caroline whether its to watch a movie on the couch or going for a ride or walk.

Arvin will bring the future towards the typical typey dog from Masterkarn kennels.
His first progeny will be continuing that family trait in the near future.​​

Arvin has a Correct Scissors Bite with Complete Dentition. 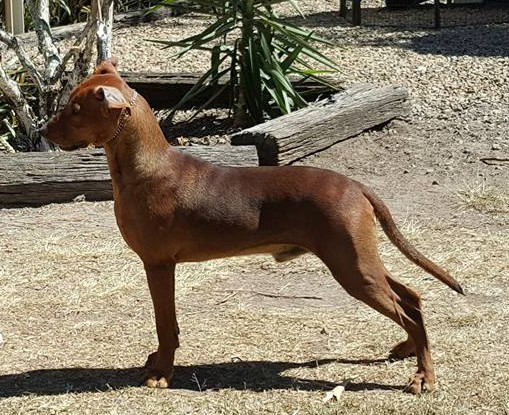 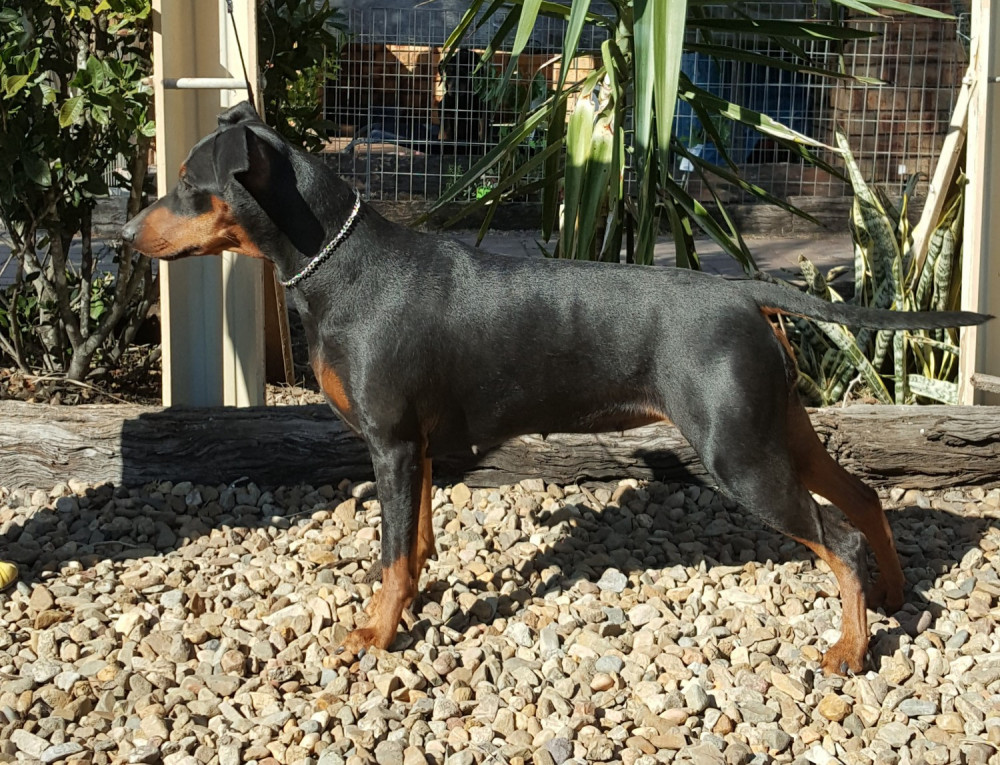 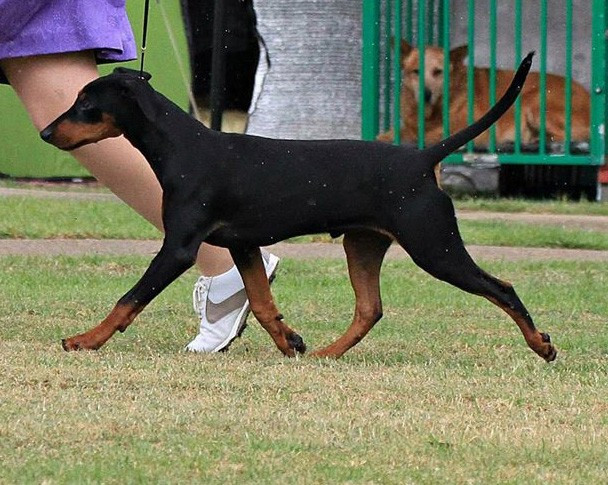 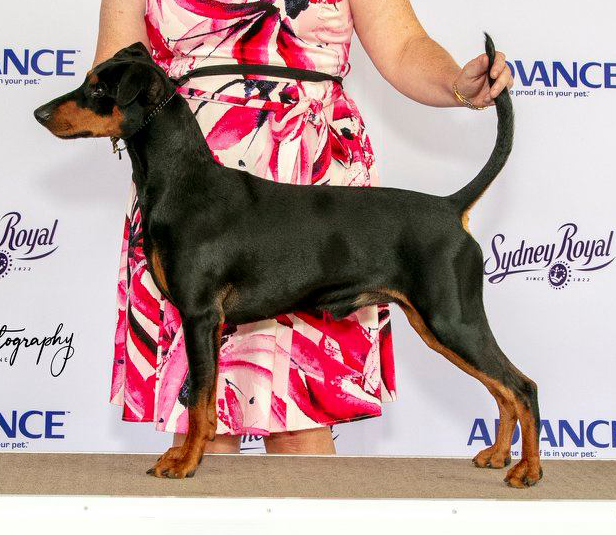